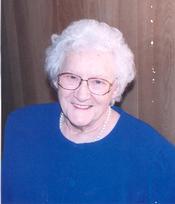 Please share a memory of Nancy to include in a keepsake book for family and friends.
View Tribute Book
Mrs. Nancy Savannah Smith Knott of the Subligna community of Summerville, Ga. passed into eternal rest on Sunday morning, March 6, 2011, at Shepherd Hills in LaFayette, Ga. She was born October 26, 1920 in Sherwood, Tennessee a daughter of the late Edd and Fannie Savannah Epperson Smith; brothers and sisters-in-laws, Frank & Ruth Smith, James (Maude) Smith, Jesse Smith, Daniel Smith; her father and mother-in-law, Oscar L. and Carrie Knott; a son-in-law, Johnny Shirley; brother-in-law, Archie Knott; sister-in-law, Sue Butner; great-grandson, Dawson Knott. Savannah retired as a merchant working many years as a store keeper in the Midway community near Sewanee, Tennessee where she came to love the people and the mountain. Savannah was an Episcopalian and received much of her education under the direction of Father George W. Jones of the Epiphany Mission in Sherwood and she was an active worker in the building of the Mission Garden at the church. The twinkle of Savannah's blue eyes will be missed by all who knew her and loved her. She may not have been able to remember your name at the end, but she never forgot the person you were to her. "May God accept her into his kingdom and grant her peace". Survivors include her husband, Manuel M. Knott; children, Jackie and her husband, Taylor Bowman, Edward L. "Bud" and his wife, Delores Knott, Julia A. (Judy) Knott and Carrie M. Bowman; brother, Andrew (Wilma) Smith; sisters-in-laws, Frances and Oliva Smith; grandchildren, Edward "Lucky" (Mary) Knott, Maurice (Linda) Bowman, Melanie Cooksey, Carrie M. Bowman, Stacey (Joey) Carlton; great-grandchildren, Savannah and Christian Carlton, Jessica Jones, Skylar, Alexis and Aubrey Martin and Keesha Hulley; special brother-in-law, Robert "Gube" Caldwell. Funeral services will be 1:00 pm Wednesday, March 8, at Cumberland Funeral Home with Reverend Buddy Vandyke officiating, burial will be in the Eastern Star Cemetery. The family will receive friends Tuesday from 4-9pm. Funeral arrangements are by Cumberland Funeral Home, 207 Mabee Avenue, Monteagle, Tennessee 37356, (931) 924-2381. Online condolences can be made at www.cumberlandfuneralhome.net.
Print