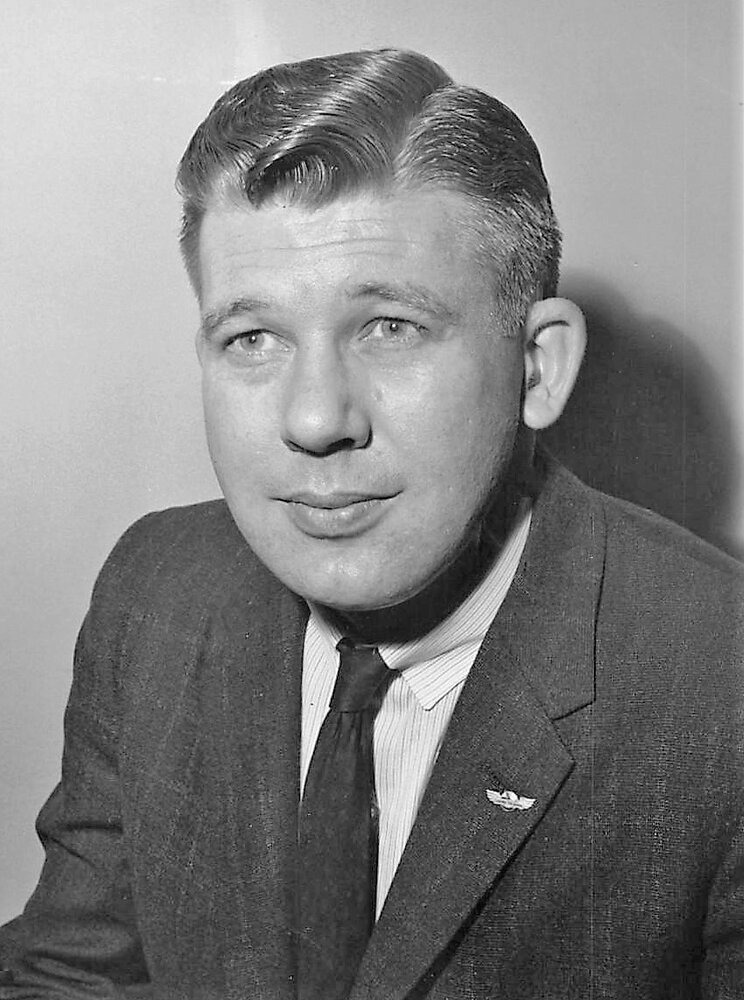 Please share a memory of Virgil to include in a keepsake book for family and friends.
View Tribute Book
Virgil Lee Moses Virgil Lee Moses, a beloved husband, Dad, pa pa, friend and mentor, passed away Saturday, October 29, 2022, after a rapid decline of Alzheimer’s. He was 93 years old. He was born on January 12, 1929, to Sydney Columbus Moses and Della Mae Allen Moses in Madisonville, TN. He grew up on a farm during the depression with a combined total of 6 full and half siblings. All are deceased now except his beloved sister and brother, Roberta Stephens and Jerry Moses. Church was a pivotal part of his upbringing and helped shape him to the man we all knew. His character was solid and those who knew him, knew they could trust him fully and that his heart and morals were always in the right place. Pictures from his childhood show him fishing and reveal a love of him for his siblings and family. His sister praised him for his love and mentorship. He went to Samford University in Birmingham, Al and served in the United States Navy. His strong ethics and ability to work well with others helped him hold leadership roles in management with United Airlines. During his career with United, he was awarded numerous awards for his admirable leadership. He was a sought-after bachelor in Knoxville, TN until he met Kathryn Lee Ramsey who stole his heart in her polka dot dress. They married on the 13th of July in 1963. They had two daughters, Michelle Elizabeth (Wright) and Mary Kathryn (Graves). They started their marriage in Atlanta, Ga until United Airlines brought the family to Bryn Mawr, Pa. In Pennsylvania, Lee continued to be respected at work and in his new community. Continuing his strong faith, he was active at Bryn Mawr Presbyterian church where he served as Deacon for several years. He loved to serve the community as he could and helped seniors fill out their tax returns. Lee was extremely proud and for of his grandchildren, Lee Ann Rawson (Carter), Gordon Wright and Brian Graves. At the mention of their names in discussion, his eyes would light up with love and joy even at the later stages of his decline. Lee was predeceased by his grandson, Gordon Wright. Lee is survived by his wife of 59 years Kathryn Lee (“Kitty”) Moses, his two daughters Michelle Wright and Mary Kay Graves, grandchildren, Lee Ann Rawson and Brian Graves. He is also survived by his two siblings, Roberta Stephens and Jerry Moses. He loved all his family including the many in laws, nieces and nephews who also survived him. Lee, Dad, Pa Pa, a quiet, practical wisdom and a strong, loving heart that will be dearly missed in our family. The funeral service is scheduled for Saturday, November 5, 2022, at 2:00pm at Morton Memorial United Methodist Church at 322 W Main Street in Monteagle, TN 37356 with a visitation starting at 1pm until time of service. In lieu of flowers, please contribute to the Morton Memorial United Methodist food Ministry. For those who can not attend the service, the service will be streamed via Facebook live on the church's Facebook page.
Print
Online Memory & Photo Sharing Event
Online Event
About this Event