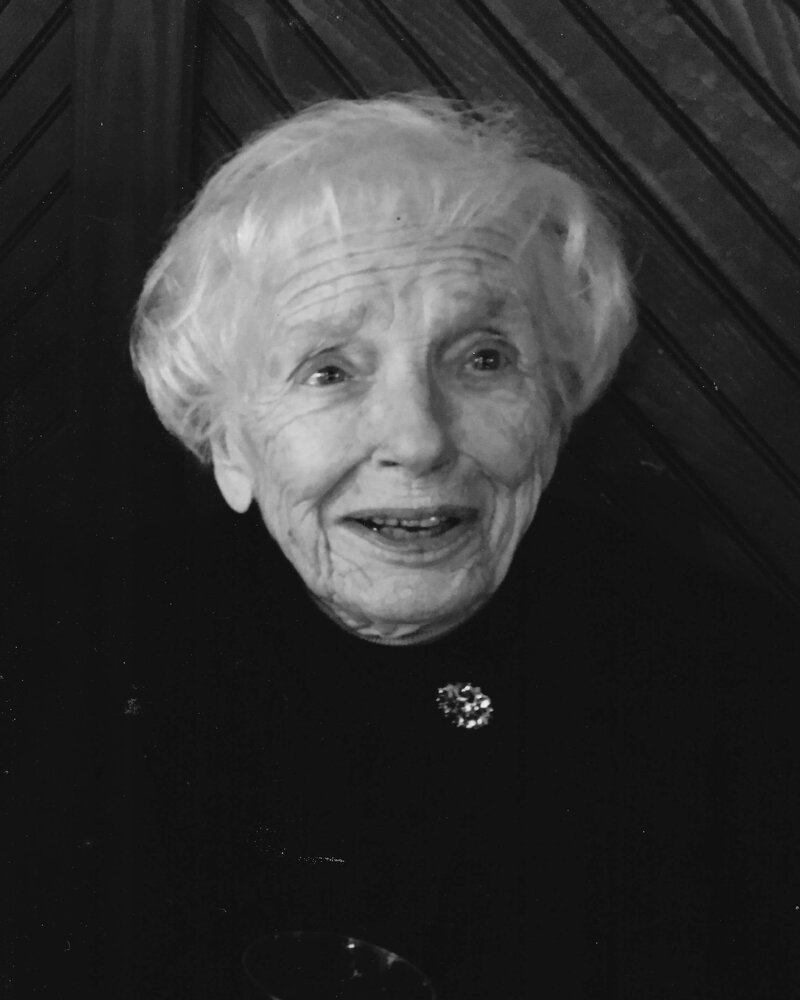 Please share a memory of Phoebe to include in a keepsake book for family and friends.
View Tribute Book
Phoebe Robins Strehlow Bates died July 16, 2022 following a two-week illness. A mainstay of the Sewanee community for almost 70 years, Phoebe was 96. A memorial service is tentatively set for August 20. Phoebe was born in Peoria, Illinois on September 25, 1925, attended Carleton College where she met her future husband Scott Bates, and came to Sewanee when he joined the University of the South’s French Department. During her years at Sewanee, Phoebe helped establish the Sewanee Chorale and the Sewanee Crafts Fair and founded the Sewanee Siren, the town’s newsletter, which she edited for 18 years. In 1985, she was the recipient of the Sewanee Civic Association Citizen of the Year Award for her years of community service, and she received the Sewanee Woman’s Club Honorary Member of the Year in 2004–2005 for her long-standing membership and service. At 90 she served at president of the Woman’s Club. She also ran the poetry column “From Bard to Verse” for the Sewanee Mountain Messenger. She leaves behind four sons: Robin Bates (Julia), Jonathan Bates (Joyce), David Bates (Belinda), and Sam Bates (Elizabeth Barrette) four grandchildren, and five great-grandchildren. She is preceded in death by husband Scott Bates and grandson Justin Bates. Online condolences can be shared with the family at www.cumberlandfuneralhome.net. Arrangements by Cumberland Funeral Home, 207 Mabee Avenue, Monteagle, Tennessee.