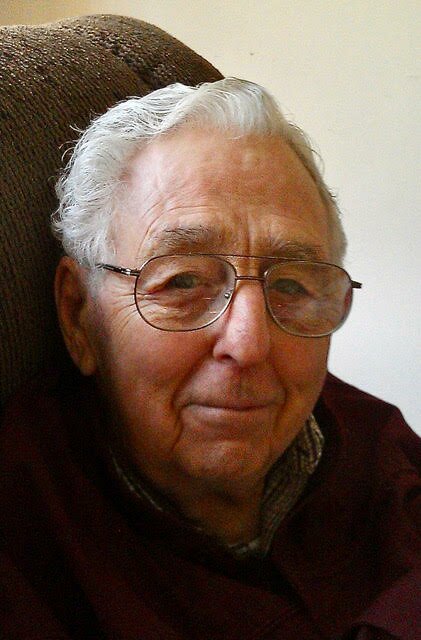 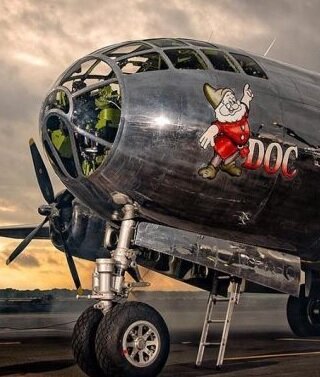 Please share a memory of Owen to include in a keepsake book for family and friends.
View Tribute Book
Owen Willard Hughes, 103 of Newark, NY, died in his sleep in the evening on June 17, 2022 at the home of his daughter and son-in-law Sue and Perry Scruggs in Tracy City, TN. Owen was born at home on March 31, 1919 to Maude Alice Wilson Park and her husband George Hughes in Fremont, OH. He was the youngest of six. Owen married his wife of 71 years Lura Virginia Peddicord in 1942 and daughter Sue was born in 1947. The Hughes family moved to Newark, NY in 1959 where Owen made his living as a commercial artist with Bloomer Brothers (Fold- Pak ) from which he retired at age 65. Owen, who had started drawing and painting when he was five, continued throughout his life painting pictures, signs, large vehicles, leather jackets, motorcycle tanks, etc. Whatever someone wanted painted, he would do it. He was “always ready to learn something new.” During WWII, while serving in the Army Air Corps in Europe, Owen painted the nose art on many planes. Later he painted the nose art on many vintage war planes belonging to museums and individual collectors guaranteeing his artwork for at least 18 years. After retirement Owen expanded his business painting for others. Much of his art work can be seen around the village of Newark. One of his most prized pieces of art is that of Doc from Snow White which he painted on the nose of the resurrected B-29 WWII bomber known as Doc. Owen loved humor and told and wrote many funny short stories about the War and about growing up. He spoke to civic groups and sent out his stories in emails to over 200 people around the world. And he loved hugs, especially from the ladies! We send him off with lots of hugs and kisses. We miss you, Dad. Owen is survived by his daughter Sue (Rev. Perry Scruggs) of Tracy City, TN; two grandchildren Gina (Scott) Sweigart and Tomas (Jessica) Camblor; two step grandchildren William (Katie Pepper) Scruggs and Nicolle Maria Scruggs; five great grandchildren Matthew (fiancée Natalie Peterson) Sweigart, Jessica (Justin) Anderson, Shelby Camblor, Jackson Camblor, and Lura Camblor; and four step great grandchildren Jason McDurmon, Lunar McDurmon, Simeon Scruggs, and Steven Scruggs. He was predeceased by his wife Lura Virginia Peddicord Hughes, his parents and five siblings. A Memorial Service will be held on Saturday, August 20, 2022 at 11 a.m. Eastern Time at Newark United Methodist Church, 301 South Main St., Newark, NY followed by a reception at the church. Memorials in Owen’s name may be made to the Newark United Methodist Church, 301 South Main St., Newark, NY 14513 or to Doc’s Friends, PO Box 771089, Wichita, KS 67277 or to a charity of your choice.

Share Your Memory of
Owen
Upload Your Memory View All Memories
Be the first to upload a memory!
Share A Memory