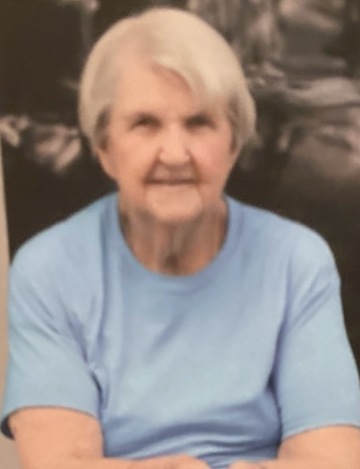 Please share a memory of Inez to include in a keepsake book for family and friends.
View Tribute Book
Inez Carden Winton passed away peacefully on May 13, 2022, at the age of 96. Inez was born in Pelham, Tennessee, on May 6, 1926, to parents Lynn Abbott and Gladys Conry Carden. Both parents were teachers, and Gladys taught in a one room school houses while Abbott eventually taught in vocational arts. Inez is preceded in death by one brother, Billy Carden. She was converted to Christ at age 13 under the revival preaching of Reverend Roy Hicks at the Pelham Methodist Church. Inez has been a life-long Methodist. Inez graduated from Grundy County High School and then continued her education at Tennessee Polytechnic Institute in Cookeville. English and history were two of her favorite subjects, however her college career was cut short due to the failing health of her mother. She returned home from college to help care for her mother until her mother passed away. Inez married her childhood sweetheart Lewie Winton on June 17, 1944. Their marriage lasted 58 years until Lewie’s death in 2004. She is survived by her daughter Pat Winton who lives in Rome, Italy, her daughter Vetron Mochow who lives in Fort Myers, FL, her daughter Karen Winton who lives in Albuquerque, NM, and her son Steve Winton (Peggy) who lives in Troy, AL. She is also survived by her three grandchildren: Matthew Mochow who lives in Atlanta, GA, Cameron Winton who lives in Panama City Beach, FL, and Katie Winton who lives in Panama City Beach, FL. Lewie and Inez raised their children for the most part in Tracy City, Tennessee, with short stints in both Pelham, Tennessee and Detroit, Michigan. Inez worked for the Selective Service System for many years, and after retirement she worked consistently in her community and in her church with a servant’s heart. Inez developed numerous hobbies throughout her lifetime. She wrote stories and poems; learned numerous handcrafts such as sewing, crocheting, and did extensive research on genealogy. She and Lewie also loved antiquing, collecting and furnishing their home with some very special finds along the way. They traveled and camped in all of the lower 48 states Gardening and cooking were two loves of her life. Each year she raised, cooked, canned, froze and dried a large quantity of vegetables. For many years after retirement, she baked sourdough bread and delivered it to shut-ins, neighbors and friends. Inez was an and active member of First Methodist in Tracy City. She served on numerous boards and committees, Sunday school leadership positions and countless volunteer jobs. She was in charge of VBS crafts for years making something out of nothing to the delight of the children who participated. She had many friends in her church who sustained her throughout her life on the mountain. In later years she was active at First Methodist Church in Troy, AL, where she was known and loved by many friends there as well. Braves baseball and University of Tennessee sports were her choice for entertainment. She kept the record of wins and losses for the Braves for years and UT football was always a joy to her. Inez has lived a life dedicated to Christ and His church, and she has been a devoted wife, mother, grandmother, and friend. Services will be held on Tuesday, May 17, at Cumberland Funeral Home, Foster & Lay Chapel in Tracy City, TN, at 11:00 a.m., with Bro. Danny Coffelt officiating. Visitation will be immediately prior to the service from 9:00 to 11:00 a.m. Burial will be in the Red Hill Cemetery in Pelham, TN. Arrangements by Cumberland Funeral Home, Foster and Lay Chapel 96 Saint Claire Street, Tracy City, Tennessee 37387.