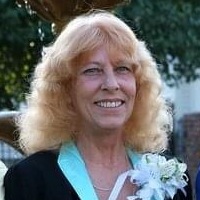 Please share a memory of Elise to include in a keepsake book for family and friends.
View Tribute Book
Elise Stevens, age 67, of Tracy City, Tennessee passed away February 3, 2022. She was born in Coalmont, Tennessee to the late Cedric and Ruth Walker Campbell. She is also preceded in death by her husband Sam Stevens, ex husband Larry Carrick, and brother Sonny O'Neal. Elise enjoyed many things in life but most of all she enjoyed her grandkids, fishing on the lake and playing computer games. She is survived by son Ivan Carrick, brothers; Robin O'Neal and Ronnie Campbell, sister; Annette Prater, grandchildren; David Carrick and Elizabeth Carrick. The family will receive friends for visitation on Sunday, February 6, 2022 from 2:00 P.M. to 4:00 P.M. at Cumberland Funeral Home, Foster and Lay Chapel, Tracy City, Tennessee. At Elise request there will be no service. Online condolences and memories can be shared with the family at www.cumberlandfuneralhome.net Arrangements by Cumberland Funeral Home, Foster and Lay Chapel, 96 St. Clair Street, Tracy City, Tennessee 37387.
Print
Online Memory & Photo Sharing Event
Online Event
About this Event