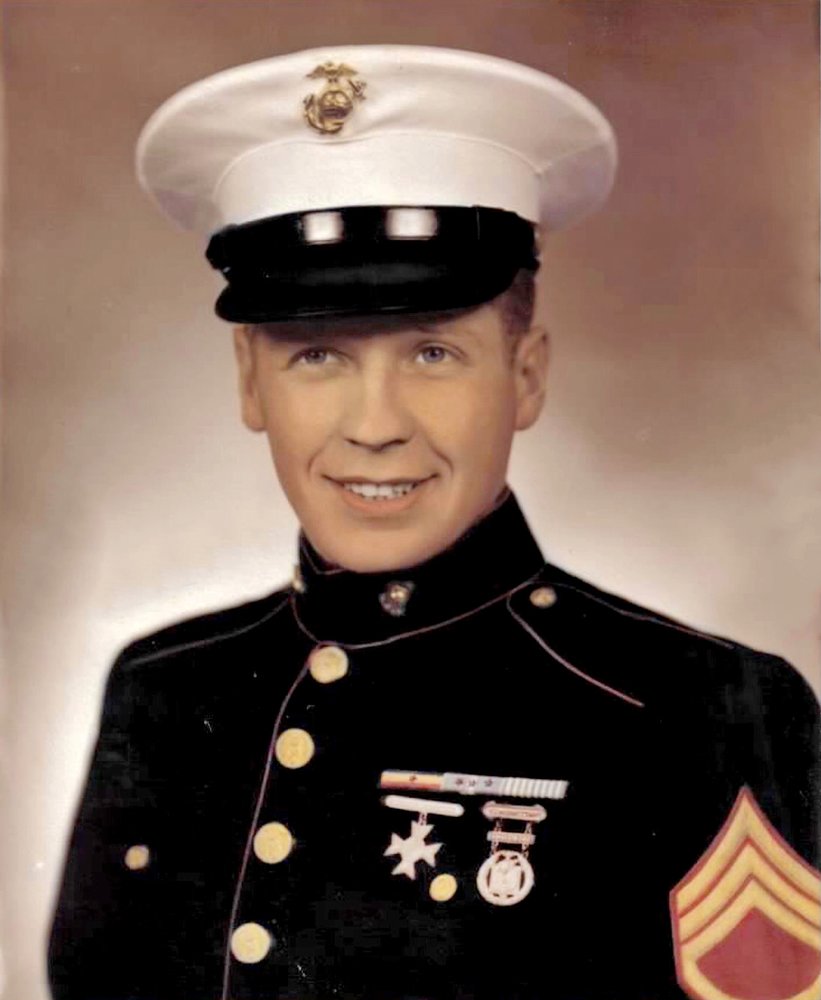 Please share a memory of Charles to include in a keepsake book for family and friends.
View Tribute Book
Charles Edward Masingill, age 93, of Monteagle, Tennessee passed away Sunday, May 2, 2021. Born April 9, 1928 to the late William and Mary Masingill, in Chattanooga, Tennessee, Charles had devoted over twenty-two years of his life to serving in the United States Navy, Marine Corps and Marine Corps Reserves. During his military career, he was awarded numerous medals and merits including the World War II Victory Medal and Good Conduct Medal. Following his retirement in 1989 from the United States Marine Corps, he then served twenty years as an electrician for TVA and was an active member of the IBEW Local 175. Charles was a member of Avondale Baptist Church and loved helping with the construction of the All Saints Chapel in Sewanee, Tennessee, along with numerous other community projects. Most importantly, he loved spending time with his grandchildren and great grandchildren. He will forever be loved and missed. Other than his parents, he is preceded in death by seven siblings; James “JT” Masingill, David Masingill, Tom Masingill, Florence Lowery, Luther Masingill, Christine Sterchi and Eloise Hutchinson; and one granddaughter, Christy Brannan Bussard. Survivors include his wife of sixty-two years, “Carolyn” Sitz-Masingill; two daughters, Cindy (David) Rutherford and Denise (James) Barry; Mike Brannan; five grandchildren, David (Mary Ann) Brannan, Chelsey (Tom) Willis, Megan (Brian) Groover, Ashley Barry and Aly Barry; four great grandchildren, Matti, Lily, Evie and Eli. Visitation will be held at Cumberland Funeral Home- Monteagle on Thursday, May 6, 2021 from 4-7:00 P.M. Graveside service will be conducted at the National Veterans Cemetery in Chattanooga, Tennessee on Friday, May 7, 2021 at 10:30 A.M. EST. In lieu of flowers, donations can be made to Hospice of Chattanooga: www.hospiceofchattanooga.org/ 4411 Oakwood Dr.- Bldg 2, Chattanooga, Tennessee 37416. Online memories and condolences can be shared with the family at www.cumberlandfuneralhome.net. Arrangements made by Cumberland Funeral Home, 207 Mabee Avenue, Monteagle, Tennessee.

Share Your Memory of
Charles
Upload Your Memory View All Memories
Be the first to upload a memory!
Share A Memory