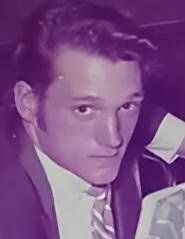 James “Ron” Hilton, age 72, of Decherd, Tennessee passed away Tuesday, March 16, 2021, following a long- term illness. Born February 13, 1949 in Memphis, Tennessee, “Ron” was a loving father and grandfather who enjoyed watching westerns, playing poker and collecting coins. “Ron” was known as “the Man of few words” but would tell inappropriate jokes, just to make others smile. He always had a friendly face and enjoyed being a “Lady’s Man”. He will be missed dearly by his loving family, friends, and neighbors. Preceding him in death is his parents, James and Ruby Hilton; one sister, Connie “Lynn” Wilkinson and two brothers, Clyde Eugene Hilton and John Crambes. Survivors include one son, Ron (Deana) Hilton; two daughters, Laura (Gino) Acosta and Suzanne (Chris) Hilton- Johnson; one sister, Andrea Crambes and one grandson, Patrick Monahan. No services are scheduled at this time. Online memories and condolences can be shared with the family at www.cumberlandfuneralhome.net. Arrangements made by Cumberland Funeral Home, 207 Mabee Avenue, Monteagle, Tennessee.

Share Your Memory of
James
Upload Your Memory View All Memories
Be the first to upload a memory!