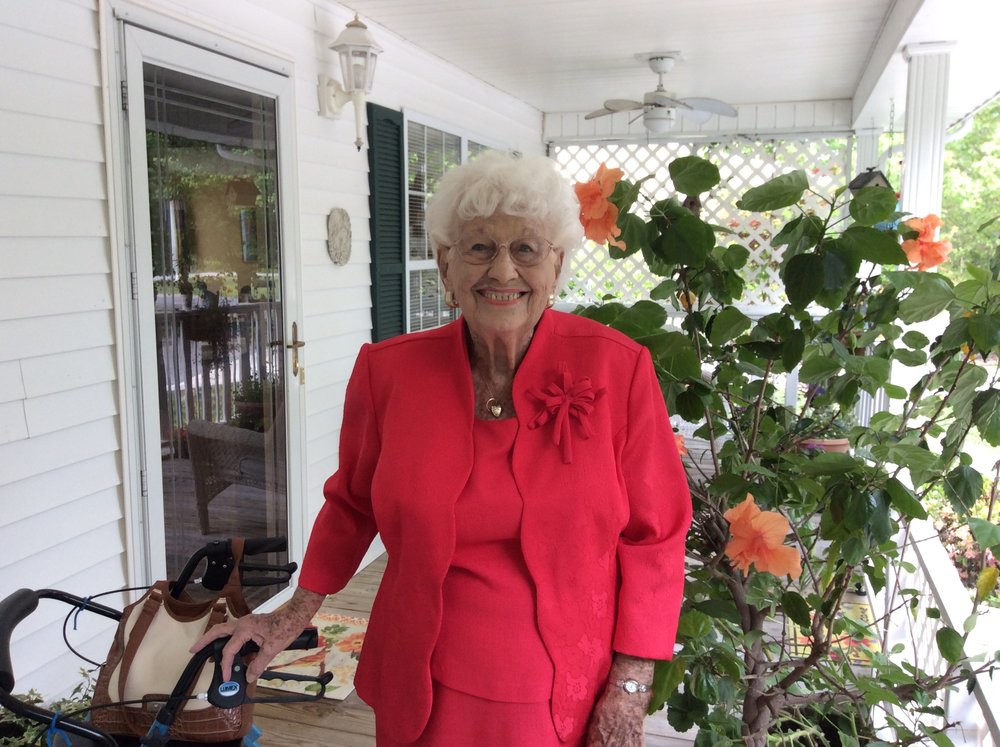 Martha Brandt Griffis, born in Cincinnati, Ohio, on January 26, 1920, fell asleep in death on December 31, 2020, having lived for over 100 years. In June of 1941 she married James Griffis and they had two daughters Bonnie and Glory. In 1962, Martha and her family moved to Miami, Florida where she worked in data processing at First Federal Bank and later in Law Review at the University of Miami. After retiring she and her husband Jim began a study of the Bible with Jehovah’s Witnesses and were baptized in 1990. They moved from Miami to Lantana, Florida where Jim died in 1998, after he and Martha had been married for 57 years. In 2005 Martha and her daughter Glory moved to Tracy City, Tennessee to be near family. In addition to her parents and husband, Martha was preceded in death by her sister, Gloria Lewis, and her grandson, David O’Blenes. Martha was well known in our community because of her telephone ministry. As one of Jehovah’s Witnesses she loved to encourage people by calling them and reading scriptures to them from the Bible. Many looked forward to her spiritually uplifting calls. Survivors include two daughters, Mrs. Bill Nunley(Bonnie), and Glory O’Blenes, three grandchildren, Ginger Daugherty, Tammy Martin, and Todd Nunley, four great grandchildren Jimmy, Destiny, Aaron, and Alyssa, and four great great grandchildren. She will be greatly missed by her family and all her friends in the Coalmont Congregation of Jehovah’s Witnesses. We look forward to the day when we will be united with her again in Jehovah’s new world under the rule of Jesus Christ our King. There will be a memorial service in the near future. Online memories and condolences can be shared with the family at www.cumberlandfuneralhome.net. Arrangements made by Cumberland Funeral Home, 207 Mabee Avenue, Monteagle, Tennessee.
Print