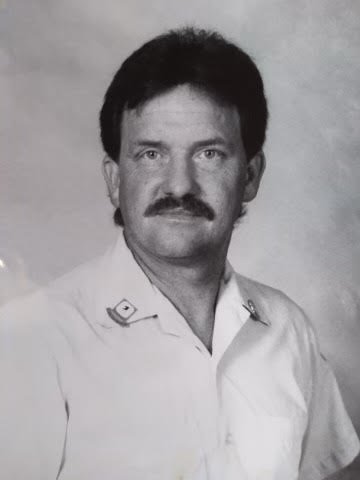 William “Bill” Herman, age 77, of McMinnville, Tennessee departed from this life on Friday, November 13, 2020, at his home in Flat Branch near Tracy City, Tennessee. Born in Jacksonville, Florida to the late William Herman and Daisy McAlexander on August 31, 1943, he will forever be remember as having a heart of gold, being full of life and always “making the best of it”. Bill served in the Air Force and Retired from The United States Postal Service. He was a member of the Mt. Leo Church of Christ and loved attending car shows and spending time with his family. Other than his parents, he is preceded in death by his wife of seventeen years, Carol Herman. “Bill” is survived by one daughter, Angela (Anthony) Childers and their children, Tiffany (Stacy) Anderson and Joshua Childers; step children, Anthony Curtis and son Tony Curtis; Michelle (Bobby) and children Kelsi and Kaden Priest, Michael Redman; great grandchildren, Karastin,, Kaslin, and Kaylin Anderson; one brother, Jerry Herman; two sisters, Carol Picklesimer and Jeanette Rumbler and a special host of nieces and nephews. Visitation will be held at Cumberland Funeral Home- Tracy City, Tennessee on Tuesday, November 17, 2020 from 11AM until time of service at 2PM with Bro. Avery Curtis and Larry Ashford officiating. Internment will immediately follow at Bonnie Oak Cemetery in Tracy City, Tennessee. Online condolence and memories can be shared with the family at www.cumberlandfuneralhome.net Arrangements by Cumberland Funeral Home, Foster and Lay Chapel, 96 St. Clair Street, Tracy City, Tennessee 37387.
Print
Share A Memory
Send Flowers