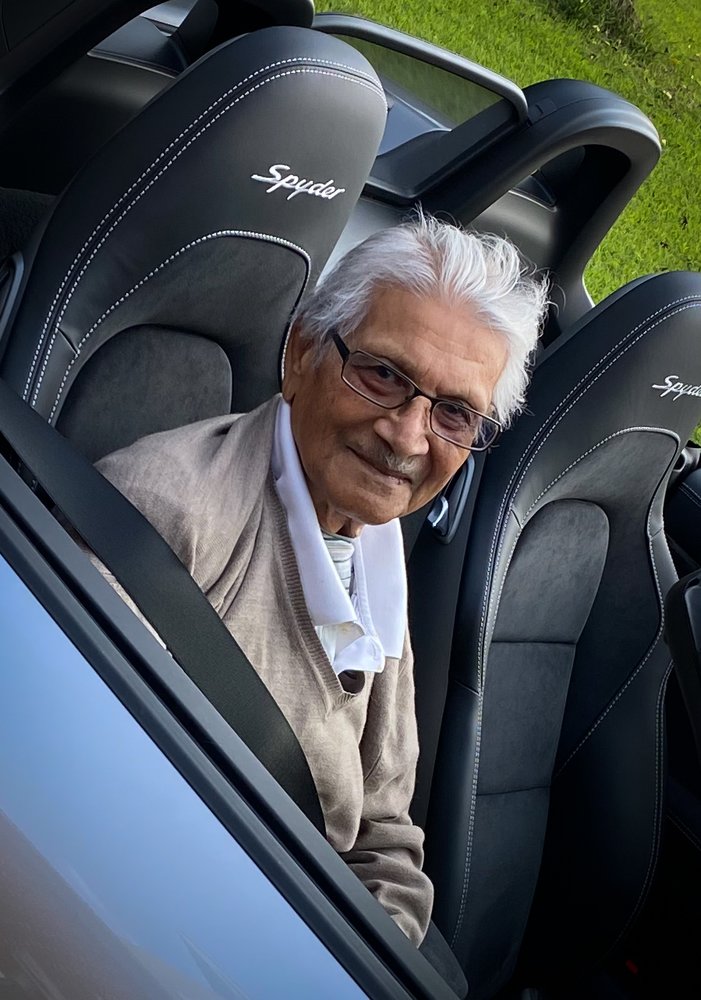 Motichand Lakha Malde peacefully passed away on October 10th. He is survived by his wife, Kanchan, three sons, Bharat, Pradip, and Mayur; daughters-in-law Angelika, Rachel, and Stacey; grandsons Luca and Kiran; and his beloved cat Ming. The family recited the Maha Mrityunjaya Mantra as he took his last breaths. Moti is preceded in death by his parents, Lakha Malde and Ladhiben Malde, and by several siblings. He was born in Dhunia, India in 1925 and emigrated with his family to East Africa as an infant. Moti worked in the family business as a young man and later founded the Malde Camera Company in Arusha, Tanzania. Moti and Kanchan grew the business into a prominent supplier of camera equipment and film processing, working with renowned film companies such as Universal Studios and Paramount Pictures. Moti counted among his many friends John Wayne, Howard Hawks, and Prince Bernhard of the Netherlands, who at the time was chairman of the World Wildlife Fund. Moti was also a longtime member of the Rotary Club and other social welfare and conservation groups. He traveled the world. Moti loved photography and together with Kanchan collected African and Indian art. After their business in Tanzania was nationalized, enduring hardship and extreme change, Moti and Kanchan rebuilt their lives in Spain and Britain. They always maintained strong ties with Tanzania, for example by founding the Friends of Arusha, an international community which is still active today. Moti and Kanchan moved to Sewanee, Tennessee about twelve years ago to be near their grandsons. Moti shone his love on his family and on his many, many friends here. He is remembered for his warmth, intelligence, and quiet determination, and above all for his grace and dignity. He is missed. Services for Moti will be private. Donations in Moti’s honor may be made to the charity of your choice or to The Elephant Sanctuary in Hohenwald, Tennessee. https://shop.elephants.com/fundraisers/motis-elephant-fund
Print
Share A Memory
Send Flowers