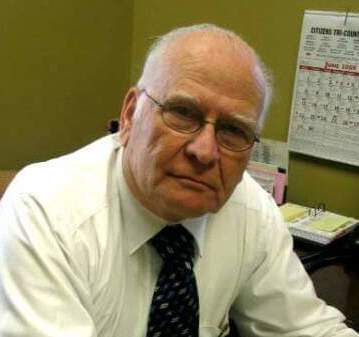 Eugene Roger Engdahl of Monteagle, Tennessee, passed away on October 5, 2020 at Signature Health in Monteagle, Tennessee. He was born on December 20, 1931 in St. Paul Minnesota to the late Herbert and Hazel Ann Engdahl. Gene was in the U. S. Army where he served in the Korean War and was awarded 3 Bronze Stars along with other metals. He graduated from The University of Minnesota, with a bachelor’s degree in teaching, and became the first male elementary school teacher in the state of Minnesota. Gene honed his building skills during the summers by working with a construction firm in Rosemont, Minnesota. These skills allowed him to assist in the construction of the Assembly of God Church in Apple Valley, Minnesota. Throughout his life he remolded almost every home they owned, including a 200-year-old house in Petersham, Massachusetts. Gene had a passion for photography and was known to do his own developing and printing. His unique skills allowed him to color black and white photos into amazing color prints. Gene was also known for his artwork and painting ability. Every winter he would paint at the Dutch Maid Bakery in Tracy City, Tennessee. Gene had a deep commitment to the Lord. He was an adult Sunday School teacher and later worked with Love Lines in Minneapolis. Gene is survived by his loving wife of 66 years, Frances Elizabeth Sobczak Engdahl; children, Rick (Vicky) Engdahl of Brandon, Florida; Cindy (Gary) Day of Tracy City, Tennessee; DeAnn (Kraig) Hittinger of Valrico, Florida; sister, Grace Peterson of Delton Florida; 11 grandchildren, 14 great grandchildren, 2 nephews and 1 niece. Services will be held on Thursday, October 8, 2020, 11:00 a.m. at Christ Church Monteagle, 1059 West Main Street, Monteagle, Tennessee 37356 with Dr. Clayton Jones officiating. Online condolence and memories can be shared with the family at www.cumberlandfuneralhome.net Arrangements by Cumberland Funeral Home, 207 Mabee Avenue, Monteagle, Tennessee 37356
Print
Share A Memory
Send Flowers