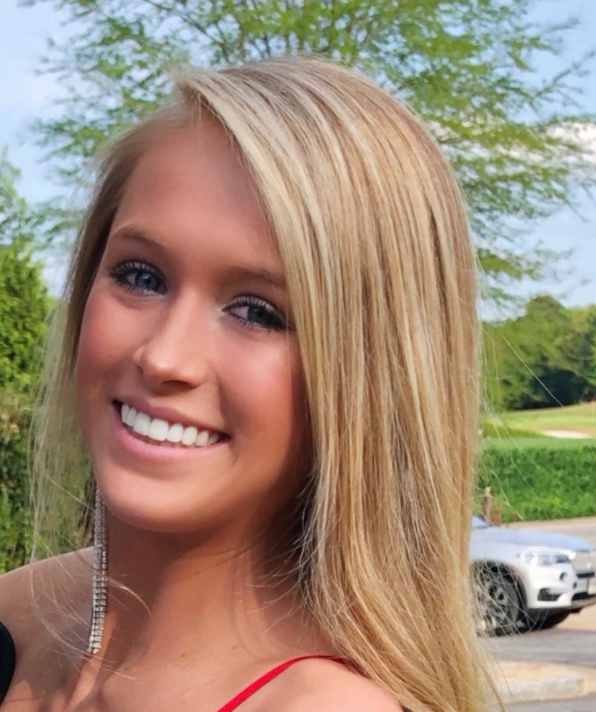 Cynthia Catherine Williams died peacefully at home on June 2, 2020, after a courageous 13-month battle with osteosarcoma. She was 18 years old. Catherine was born on December 18, 2001 in Atlanta, Georgia, where she lived all her life. She had recently graduated from North Atlanta High School where she was an exceptional student, beloved by her classmates, teachers and coaches. She was a member of National Honor Society and the varsity volleyball team, and was admitted to and excited to attend The University of Georgia in the fall of 2020. In the week before her death, Catherine accepted an early bid and was initiated into the Kappa Kappa Gamma sorority as a double legacy. Catherine loved cooking, art, singing and dancing, going to concerts, but most of all being with her friends. She was a passionate binge-watcher of television shows and movies, and she excelled at any sport she wanted to try: basketball, gymnastics, volleyball, lacrosse, tennis and cheerleading. She grew up spending her summers at the Monteagle Sunday School Assembly in Monteagle, Tennessee, and also worked as a member of its Youth Staff. Like everywhere she went in life, she would light up the mountain with her infectious smile, boundless energy, and natural ability to be the leader of any group. Her friends and family deeply loved and admired her and she will be dearly missed. Catherine was preceded in death by her namesake and aunt Catherine Hudgins Tuck, who died of breast cancer in May 2001, seven months before Catherine was born. She is survived by her loving parents Stephen W. Williams and Anne Hudgins Williams and her brothers Wyatt and Walker, all of Atlanta, GA, her grandparents Dr. and Mrs. Wendell M. Williams, Jr., Atlanta, GA, and Dr. and Mrs. William R. Hudgins, Dallas, Texas, her aunts and uncles Laurie and David Peacock, Dallas, TX, David and Meghan Hudgins, Los Angeles, CA, Debra Williams and Stewart Cauley, New York, NY, Edward Tuck, Ancram, NY, and her cousins William, Robert, Anne Blanche, Jackson, Brooks, Reid, Owen, Hallam, Eli and Ben. Due to Covid-19 restrictions, a private funeral is planned in Monteagle and she will be interred at The Monteagle Sunday School Assembly cemetery. A memorial service will be held in Atlanta at a date to be determined, once the restrictions are lifted. Memorials may be made to the-osteosarcoma-society.com, where all funds will go towards research, or to The Monteagle Sunday School Assembly, P.O. Box 307, Monteagle, TN 37356.
Print