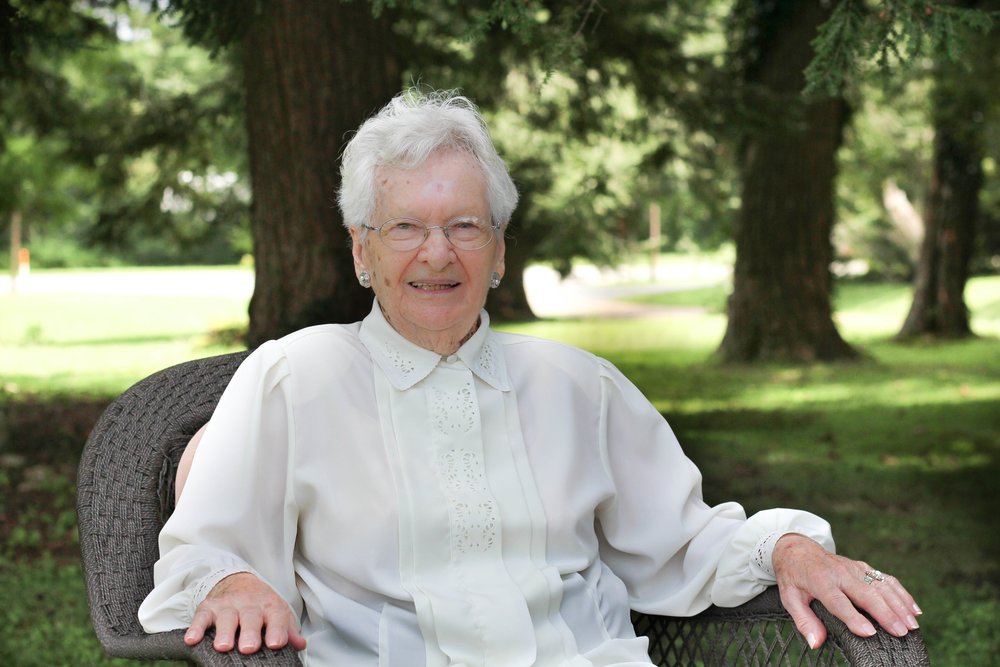 Mildred Octavia Tate Brown, age 98, passed away Monday, April 13, 2020 at her home in Tracy City. She was born September 23, 1921 in Freemont, TN to George Winfield Tate and Margaret Dyer Tate. She was preceded in death by her parents, husband, Clarance (Tobe) Brown, great great grandson Ronald E.B. Morrison, sisters, Elizabeth Howell, Georgia Dishroom, Dorothy Sanders, Claudene Shirley, May Jocylene Collins, and Carolyn Tate, brothers, LynnClyde Tate and Clifford Tate. She is survived by her children Virginia Morrison of Tracy City, Katherine (Robert) Nunley of Pleasant View, TN, Charles Brown, Tracy City and Judy (Mike) Zdanowski of Tracy City. Grandchildren, Patricia (Daryl) Street, Ronnie (Michelle) Morrison, Tina (Ron) Parker, Wesley (Carla) Brown, Michael (Sharon) Brown, Christopher (Nikki) Brown, Rachel (Tommy) Nestor, Leslie (Michelle) Burrows, Barry Burrows. Great grandchildren, Derek (Nicole) Street, Amanda (Derek) Johnson, Cyrus (Haley) Morrison, Stephanie Paulk, Daphne (Jerry) Root, Julie Martin, Casey (Clare) Martin, Peyton and Easton Brown, Clarissa and Kassandra Brown, Hunter and Haley Brown, Jeremy (Alana) Burrows, Jonathan, Kelly and Matthew Burrows. Great great grandchildren, Zayden and Ryker Johnson, Lucas Morrison, Haiden Mackenzie Paulk, Darius Root, Dalton Wallace, Kendal Cooley, Lily Osiborski, Alexa Tate, Canyon and Carson Landers, Cara, Desi, Evaiah and Jacey Burrows. Surviving sister is Jeanetta Finch of Coalmont and special friend Robert Thompson of Tracy City. Being born just prior to the Great Depression, Mildred learned early in life to never take for granted what you have. She was the third of 10 children and spent her early childhood helping care for her younger brothers and sisters. She married Tobe Brown at age 17 and started her own family. Raising children during World War II was no easy task especially with a husband in the Army but she was resourceful and resilient. During her early life she learned the value of hard work. She had many jobs outside the home. Among those were Coalmont Elementary School, where she worked as a cook. She retired from the Cumberland Heights Clinic where she worked as head housekeeper, nurses aide and cook. After her retirement she immersed herself in volunteer work along with memberships in various clubs and organizations. She had a great respect and love for the Order of the Eastern Star. She was a member of Tracy City Chapter 266 for over 60 years. She recently joined the National Society of the Daughters of the American Revolution. She was a charter member of the Elk River Chapter in Pelham, TN. Mildred enjoyed sports and music. Dancing was a passion of hers right up to the time of her passing. She loved her family and nothing made her happier than to cook and entertain them. Her family always came first in everything she did. Her love, encouragement and level headedness brought them through many difficult times. She had a servant’s heart. Always looking for ways to help others. Even in her later years when she was no longer able to drive she still took time to encourage others to follow their dreams especially in the area of education. A private graveside service will be held at the Coalmont Cemetery on Wednesday, April 15, 2020. Pastor Larry Campbell officiated. The family plans a celebration of her life this fall. The time and date to be announced. Services will be private but can be watched on Cumberland Funeral Home’s Facebook on Thursday, April 16, 2020. Online condolences and memories can be shared with the family at www.cumberlandfuneralhome.net. Arrangements by Cumberland Funeral Home, 96 St. Clair Street, Tracy City, Tennessee 37387.
Print