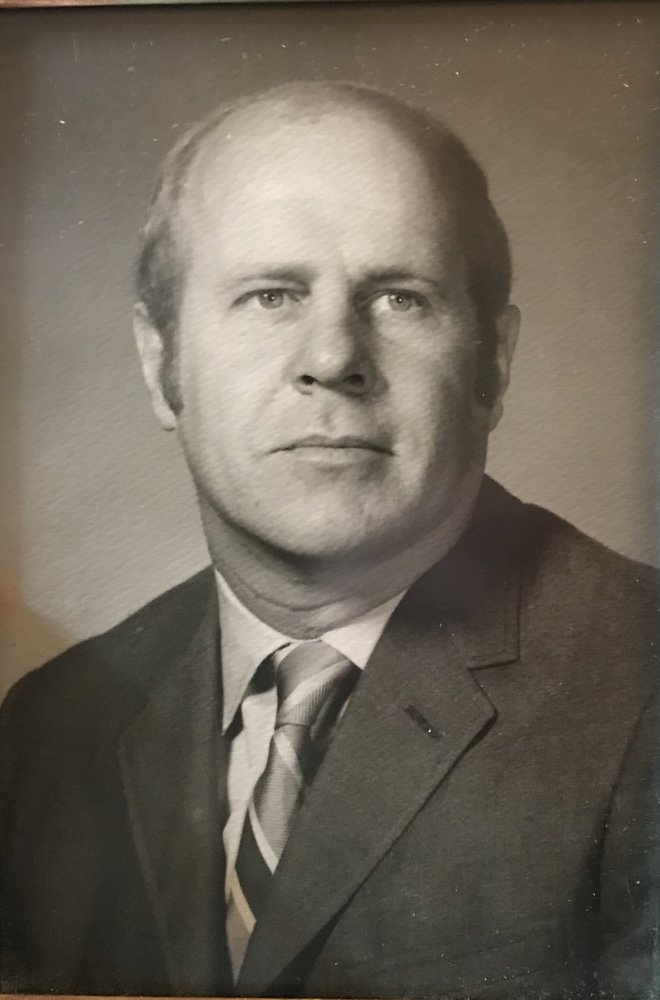 Fred C. Hale died peacefully on January 7, 2020, at Sheltering Arms Assisted Living Home in Palmer, Tennessee, after a long illness. Born on January 8, 1942, in Sewanee, Tennessee, he grew up in Tracy City, where he had an idyllic childhood playing at his grandfather’s ice plant, watching the work going on in Hale Spring and Radiator, and roaming Fiery Gizzard with a group of boys who would hunt and camp together for the rest of their lives. He was a proud Eagle scout under Father Hale. He attended James K. Shook School, where he strapped on his first football cleats, and Grundy County High, where he was a star player and captain of the team. He was recently inducted into the Grundy County Athletic Hall of Fame. He went on to play at Tennessee Tech, where he started on the OVC Championship Team. Some of his most fond and formative memories of these years came from his time working for Colonel Reynolds and Coach Moore at Camp Mountain Lake. He married high school classmate Sandra Rieder of Pelham Valley, and they settled down on his beloved mountain, where they remained. He worked for Sequatchie Valley Electric and taught metalworking at Grundy County High before going to work for Tennessee Consolidated Coal, where he eventually retired as manager of the Prep Plant and shipping operation. Over the years he loved his involvement in the community. A founder and leader of the Grundy County Rescue Squad, a founder and leader of the Mountaineer Days Celebrations, a volunteer on many projects, such as Toys for Tots program at Christmas, of elaborate 4th of July floats, and coach of the Hoot softball team and of the winning South Grundy Bulldogs. A lifelong woodsman, he taught himself mountaineering and rescue. A lifelong craftsman, he became a very accomplished blacksmith, knifemaker, metal artist, and designer. A lifelong devotee of four-wheeling, he raced jeeps and won many races as far away as Ohio, and he and his friends founded his much-beloved Trailblazers Jeep Club. He was preceded in death by his parents, Aubrey F. and Rebecca Charles Hale (Carrick) and his nephew Aaron F. Hale. He is survived by his wife Sandra of 58 years, his two children, Ben C. Hale and Elizabeth M. Myers (Sam), and two grandsons, Jay and Clinton Myers, a brother, Aubrey F. Hale (Johnnie). The family wishes to thank his wonderful caretakers Jimmy Meeks and Jamie Roberts and the staff of Sheltering Arms, and Wanda Eastes with Hospice. In lieu of flowers, donations can be made to The Alzheimer’s Association. A celebration of life service will be held at Cumberland Funeral Home, Monteagle, Tennessee on Saturday, January 11, 2019 at 12 noon with Ben Hale, Bro. Paul Title and others officiating. The family will receive friends for visitation and a light lunch following services at the funeral home. Memories and Condolences can be shared with the family at www.cumberlandfuneralhome.com. Memorials can be made to the Alzheimer’s Association. Arrangements are by Cumberland Funeral Home, 207 Mabee Avenue, Monteagle, Tennessee 37356.
To plant a tree in memory of Fred Hale, please visit Tribute Store
Services for Fred Hale
There are no events scheduled. You can still show your support by planting a tree in memory of Fred Hale.
Visit the Tribute Store

Share Your Memory of
Fred
Upload Your Memory View All Memories
Be the first to upload a memory!
Share A Memory
Plant a Tree