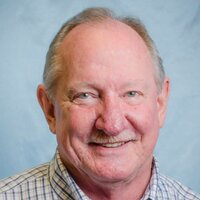 Henry Gray Bekurs, age 77, of Sewanee TN, passed away on June 5, 2022. He was born September 6, 1944, in Mobile, AL. Mr. Bekurs was the son of the late Judge William McDonough Bekurs and Katherine Gray Bekurs, and was one of five children. In addition to his parents, he was preceded in death by his wife, Suzanne Walden Bekurs. Mr. Bekurs is survived by his sons, Charles Gray Bekurs and James Patrick Bekurs; daughters-in-law, Dana Bekurs and Andrea Bekurs; grandchildren, Sadie, Ethan, and Gavin Bekurs; brother, William M. “Don” Bekurs Jr.; sisters, Susan Bekurs Dean, Katherine T. “Terry” Bekurs, Ann Bekurs Jackson; and many nieces and nephews. In addition to being a devoted husband to Suzanne and father to Gray and Patrick, Mr. Bekurs enjoyed a successful career in housewares sales that culminated with 24 years of service at Lodge Cast Iron in South Pittsburg, TN. Even in retirement, Gray was passionate about all things cast iron. After retiring, Gray enjoyed spending time with his children and grandchildren, relaxing at his home in Sewanee, TN, and meeting friends and dining regularly at Papa Ron’s restaurant in Monteagle, TN. Gray was also a member of the Episcopal Parish of St. Mark and St. Paul in Sewanee, TN. A Memorial Service is scheduled at 10:00 AM, Tuesday June 14, 2022, at Cumberland Funeral Home in Monteagle, TN. Father Robert Lamborn of the Parish of St. Mark and St. Paul will officiate. Visitation will precede the service at 9:00 AM at Cumberland Funeral Home and burial will follow at Monteagle Cemetery. In lieu of flowers, memorial donations may be made to St. Jude Children’s Research Hospital at www.stjude.org.