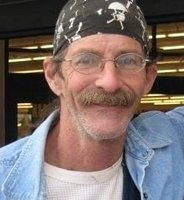 James “Jimmy/Bo” McWilliams, age 62, of Altamont, Tennessee, passed away following a long -term illness on Monday, December 28, 2020. Born December 12, 1958 to the late William “Bill” McWilliams and Marie “Ann” Roysden, “Jimmy/Bo” will forever be remembered as a loving husband, father, grandfather, brother and friend. He had been a member of “The Concrete Shoes Band” in the early 1980’s, he was a singer but also able to play many different instruments. “Jimmy/Bo” enjoyed going to concerts, telling jokes and putting smiles on the faces of others. A decorated United States Army Veteran, serving in Germany for six years, he was an experienced electrician, mechanic and carpenter; His family states, “there is nothing he could not work on or fix’. “Jimmy/Bo” also enjoyed trying new places to eat, but Cracker Barrel will forever be his favorite. He will be missed dearly by his family and friends. Other than his parents, he is preceded in death by two brothers: William “Mac” McWilliams, Jr. and Antoine “Tony” McWilliams. He is survived by his wife of fourteen years, Melinda McWilliams; two sons, James Dylan McWilliams and Daniel Kilgore; one daughter, Amanda (Kevin) Murphy; one brother, Robert Roysden; three sisters, Kelly (Jimmy) Tidwell, Katie Mashburn and Carla (Christian) Burandt; three grandchildren, Emily Hobbs, Jesse Sales and Noah Murphy; his loving dog, “Roxy”; one special “Military Brother” of Hixson, Tennessee, special nieces and nephews and a host of family, friends of Lenoir City, Tennessee. A Memorial Service with Sequatchie Valley Honor Guard will be held Saturday, January 9, 2021 at 1PM at Clouse Hill Cemetery in Tracy City, Tennessee. Committal services will be held in Lenoir City, Tennessee at a later date. Online condolence and memories can be shared with the family at www.cumberlandfuneralhome.net Arrangements by Cumberland Funeral Home, Foster and Lay Chapel, 96 St. Clair Street, Tracy City, Tennessee 37387.